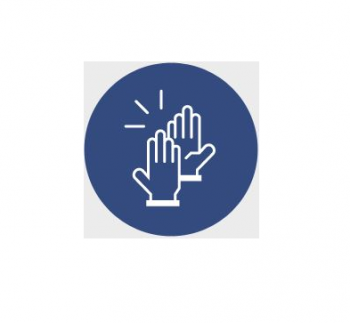 Vancouver Island is a leading center for the provision of Medical Assistance in Dying (MAiD) in the country. However, at the same time as Victoria’s relatively older population has been becoming increasingly aware of the possibility of medically-assisted death at the end of life, the number of MAiD providers has remained static, with only a few local GPs maintaining MAiD provileges. This small group was becoming unable to keep up with the increasing number of requests for MAiD. To address this shortage, hospitalists Dr. Milvi Tiislar and Dr. Chloé Lemire-Elmore proposed developing a sustainable group of hospitalist MAiD prescribers who would eventually handle all of the inpatient MAiD provision at the Victoria General and Royal Jubilee Hospitals.

To do this, Drs. Tiislar and Lemire-Elmore sent an open invitation to their group of 73 doctors, to inviting others to join a steering committee and decide how they would go about providing this service. Eventually, they identified those who were interested in receiving training in MAiD provision. Over the course of the first year, five hospitalists obtained privileges to provide MAiD. Many more became involved as MAiD assessors. During this year they focused on identifying internal and external issues related to providing MAiD within the hospitalist service, as well as generating data to inform a discussion about the hours and scope required to include MAiD provision in a future hospitalist contract. Using a qualitative interview approach to elicit the perspectives of nurses and doctors who have interacted with this referral process in the South Island, they found that stakeholders thought the hospitalist were a suitable group of physicians to be providing MAiD services and that the program was a positive experience that improved patient comfort and care. They identified challenges around ensuring accurate knowledge of MAiD eligibility criteria as well as debriefing of all team members involved in MAiD provision. This inquiry served to underscore their commitment to developing the service in a thoughtful and consultative manner, and being sensitive to some colleagues’ discomfort with providing medical assistance in dying.

As a result of two phases of their project, the Hospitalist MAiD Consult Service has been approved by Island Health for a 13-month trial, involving eight hospitalists acting as the MAiD Consultant on rotation, until the end of March 2020. It was also approved by members of South Island Hospitalists Incorporated, so that hospitalists are delivering the service through their collective agreement with the health authority. MAiD-trained hospitalists are also providing an invaluable bridge to outpatient services in the community, by assisting community-based GPs to field the increasing numbers of MAiD referrals.

The hope is that upon completion of their one-year trial, the Hospitalist MAiD Consult Service will be transformed into a permanent part of their scope and delivery of care.

Speaking about the role of the South Island Medical Staff Association grant, Drs. Tiislar and Lemire-Elmore stated, “This funding played such a facilitative role in this project. When you’re remunerated for your time, you work harder and you resent it less. Because they support physician-led projects, the funding enabled us to design a service that was well-tailored to the clinical realities of MAiD”. Furthermore, “There are no other hospitalist-based physician-led MAiD programs anywhere. This is a completely unique program to all of Canada, and Island Health can be very proud of being at the forefront of this kind of initiative”.