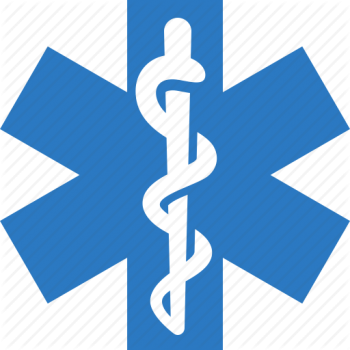 When a patient is seen in the emergency room, it is crucial that important medical information be communicated from the ER to their family physician in a timely and accurate fashion. Yet historically, emergency room physicians have relied on a carbon copy paper charting system to transmit this information, a system that was often illegible and incomplete and always delayed by days or even weeks. What if the ER could trial using the voice dictation software as a stand-alone component of the Cerner electronic health record instead? This could result in better, faster distribution of ER records and get the ER part of the way to using the Cerner system by adapting the dictation software gradually before other components are introduced.

Dr. Jason Wale and Emergency Department colleagues Dr. Fred Voon, Dr. Alex Hoechsmann, and Dr. Ross Hooker recognized that busy clinicians are not always incentivized to change their practices when doing so may involve technical challenges. They had previously drawn on a grant from Health System Redesign to pilot a peer champion model of promoting ER dictation with 11 physicians and found the results to be very encouraging. Using a grant from the South Island Medical Staff Association, the group continued the peer-to-peer coaching method of encouraging adoption of the dictation software, aiming for 100% adoption during the project.

As a result of these efforts, more than 90% of the Emergency Department charts are now dictated and instantly available in legible form to primary care providers, specialists and hospitalists. This has made for safer and more seamless patient care. The group worked with the Victoria Divisions of Family Practice to qualitatively evaluate the success of the initiative. Asked about the impact, one GP commented that they had received a dictated note that day for a patient who had been seen in the ER that morning: “I have all the information I need to effectively care for that patient without guessing at what was done, diagnosed and recommended which would not have been the case with a written note that could not come until at least 2 business days later, at the earliest”.

Perhaps the most powerful testimonial so far came from a family physician who was informed through the electronic chart that an at-risk patient had left the hospital against medical advice earlier in the day. “I was able to call our outreach team and get a nurse to meet him at home before he even made it back from the ED. If we did not get this message, then he would have undoubtedly died alone, locked in his room, until someone found him on evening rounds.”

Beyond the significant impacts on patient care, the initiative has also improved the level of Emergency Room Physicians’ engagement with Island Health for ongoing roll-out of IHealth. This project proved that physician input is truly taken into consideration when considering how to bring new EHR components online. This spirit of collaboration is continuing with Victoria ER doctors and nurses participating in the Island Health Emergency Medicine Working Group, which will be used to communicate with Island Health as future changes are implemented. Dr. Wale also hopes that this model of peer support could be used in the roll-out of future EMR programs in the future to allow for gradual adoption by physicians in as supportive a fashion as possible.

Congratulations to Dr. Wale and his collaborators at Island Health and within the Emergency Department for initiating this much-needed project!