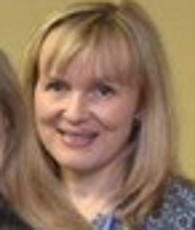 Over the next few weeks, we’ll be recognizing those who received South Island MSA Recognition Awards at this year’s Annual General Meeting.

Described as ‘one of the main spokes in our wheel’, Karen made sure that the transition to ClinDoc was as painless as possible for the 75-member hospitalist team.  She arranged mentors, organized teaching sessions, created tools, and provided one-on-one coaching.  She worked directly with the IHealth team to ensure that the hospitalist team had appropriate infrastructure and a system that was customized for their clinical practice needs.  Quite simply, she worked tirelessly so that her colleagues were set up for success.

Please join me in recognizing Dr. Karen McIntyre with this Award for Collaborative Leadership.