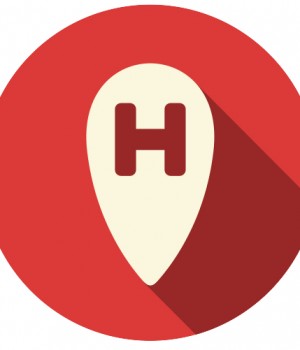 In October 2018, hospitalist Dr. Shauna Tierney was in the audience when Island Health’s Geo 4 Executive Director Marko Peljhan presented a challenge to the South Island Hospitalists:  By 2040, Victoria will need another 500 hospital beds to keep up with the demands of the population, but how they would begin to meet this need over the next 20 years was unknown.

Shortly thereafter, Dr. Tierney came across mention of a model of hospital medicine called “Hospital at Home”, used primarily in Australia, the UK and Europe. It reported shorter hospital stays, increased patient satisfaction, and lower costs when low-risk COPD patients in need of hospital admission were cared for at home.

Dr. Tierney approached Marko with a suggestion: Let’s explore Hospital at Home together to see if it could ease the pressure on Victoria’s hospitals. What’s more, it may also improve patient care and reduce costs. Marko was enthusiastic, and arranged for the Director of Royal Jubilee Hospital, Sarah Crawford-Bohl, to partner with Dr. Tierney. Not long after, Hospitalist colleague Dr. Elisabeth Crisci joined the team: Hospital at Home had made a lasting impression on her when she saw it in action in Australia ten years prior as a resident doctor.

Since August 2019, a Working Group of 12 Hospitalists has been meeting monthly to design the clinical aspects of the program. They have since been joined by the Island Health Hospital at Home Advisory Committee, which brings together over 20 Island Health directors, representing groups including Pharmacy, IMIT, Risk, Logistics, Professional Practice, and Home Oxygen.  Project manager Kerry Morrison is keeping everyone on track.

With formal endorsements from the Geo 4 Executive, the Divisions of Family Practice, and the Department of Emergency Medicine, the team and Marko Peljhan presented their vision to Deputy Minister of Health Steven Brown and his staff in February 2020. The Ministry committed to working with Island Health to clear the path for Hospital at Home in Victoria and province-wide.

The initial plan was to launch a prototype program out of the Victoria General Hospital in September 2020. While the launch may be delayed, the prototype will be rigorously monitored and evaluated by Dr. Sean Spina, Pharmacy Coordinator and Research Lead at RJH to look at the effect of the pilot on acute care flow, patient experience, clinical outcomes and cost.

In Dr. Tierney’s words, “we now have a clear vision for a Hospital at Home service in the Greater Victoria region”. This project has the potential to change the way acute care is delivered in Victoria and elsewhere. We thank Dr. Tierney and Dr. Crisci for their outstanding work on this novel initiative and look forward to hearing the results of the pilot in early 2021!