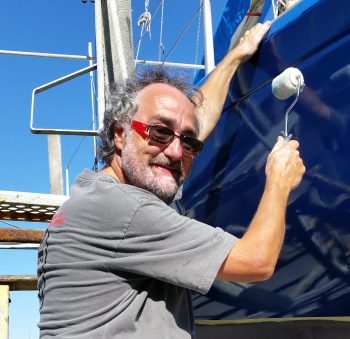 After decades of providing thoughtful, professional care, Dr. David Harris is hanging up his stethoscope.

Dr. Harris grew up in Victoria where he met his wife, Liza, at Victoria High School.  He played in some local rock bands including Sad Bird and Salish.  He attended UVic for a degree in math/computer science, then UBC for MSc and PhD in neuropharmacolgy.  After a postdoc in Calgary, he stayed at UofC for his MD and traveled north to the Royal Alec in Edmonton for his internship, before returning to Victoria with two children and one on the way.

He bought a family practice on Cook Street and then moved it to Oak Bay Avenue, a family practice that included delivering babies to geriatrics.   He moved to the South Island Hospitalists in 2001 and helped develop one of the most well respected hospitalist groups in Canada.

Now, he is looking forward to learning cook, garden, sail, nerd-around, and play with his band to raise spirits and money for good causes.

Thank you for your service, Dr. Harris – you will be missed!

One thought on “Thank you for your service, Dr. Harris!”